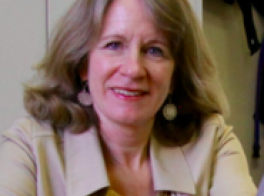 The first clinical trial testing a novel pairing of aerobic exercise and cognitive training showed that chronic stroke patients who received the combination approach made large gains in cognitive recovery.

"Importantly the research has shown that, with the right intervention (sufficiently targeted and intense), continued recovery is possible in chronic stroke patients," Dr. Ploughman says. Ninety-seven people were screened and 60 participated in the study, which involved rehabilitation treatments three times a week for 10 weeks. Participants, all of whom were more than six months post-stroke with concerns about cognitive impairment, trained 50 to 70 minutes during the study period and were followed for 12 weeks afterwards.

Participants were randomized into one of two physical interventions -- aerobic or general activity -- and one of two different computerized cognitive therapies. Serum neurotrophins collected at one site included brain-derived neurotrophic factor (BDNF) at rest and after a graded exercise test, and insulin-like growth factor–1 at the same timepoints.

The CPSR-funded study, which took two-and-a-half years to complete, is published in this month's Neurorehabilitation & Neural Repair.

In 2013, Dr. Ploughman’s team was awarded the prestigious Hakim Award for the top-rated CPSR catalyst grant and they leveraged the investment to bring on a second study site in Halifax, funded by Dalhousie University and Capital Health.

Dr. Ploughman said this was the largest trial to date for her lab -- and researchers learned to navigate policies and regulations within the health authority and university. The knowledge gained makes it much easier to move to larger trials.